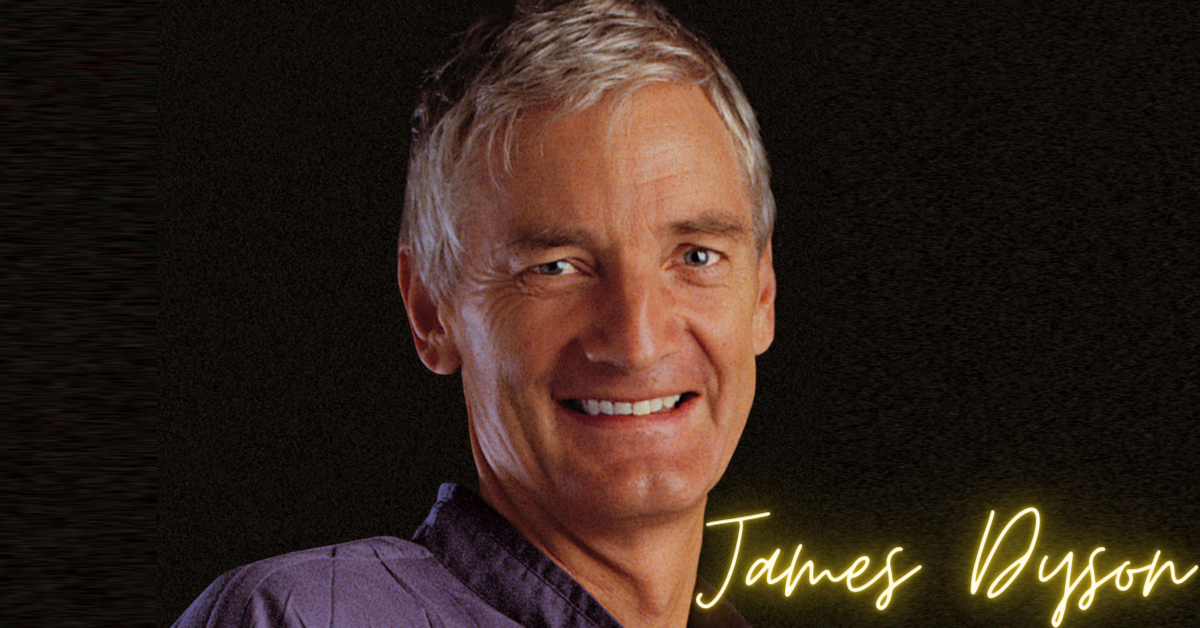 Born on 2 May 1947, Cromer, United Kingdom, James Dyson is the name to reckon with, the journey of rags to riches for Dylan was filled with hardships where he would often see rejections from the investors who would shrug to his prototype invention of a vacuum pump He is the face behind Dyson brand of products.

One day, when he was cleaning his house by the then vacuum cleaners available in the market, he noticed how these marvel machines would easily lose suction and would often clog. It was an annoying process, but the market had no other alternatives at that time.

Dyson came up with an idea to use cyclonic separation and prepare a vacuum clear that wouldn’t lose suction. His wife supported his vision and idea and started working as an art teacher to bear daily expenses.

“There are countless times an inventor can give up on an idea. By the time I made my 15th prototype, my third child was born. By 2,627, my wife and I were really counting our pennies. By 3,727, my wife was giving art lessons for some extra cash. These were tough times, but each failure brought me closer to solving the problem.”

It was not until 1991, Dyson made a great product, but was unable to find any investor because they feared about the change in the vacuum industry, as vacuum bag replacement was very large and no investor wanted to lose the great money they were making through it. Dyson took 5 years to design bagless clear that would never lose suction while picking up the dirt and was later became with name “Dyson Dual Cycle Bagless Vacuum Cleaner”.

Seeing no hope in investors, Dyson, after 2 years of unsuccessful attempts started his own company with the name Dyson, Inc. He was 46 years old at that time when he was on the verge to do something big in life. He kept on trying and started becoming a household name and by 2005, he became a market leader in the United States and introduced other range of products that would work terrifically great and got immense love of the people.

In his life, Dyson faced many rejections but working on his idea until he was left with no other but to take matters in his hands and work for his dreams. The life favoured him and now he has a special place in the vacuum cleaning industry and is considered a giant with unshakeable leadership qualities.

Many times, we give up when we are close to our dream life. This is where the difference between commoner and great ones comes. They are no different, but they never give up on their ideas.