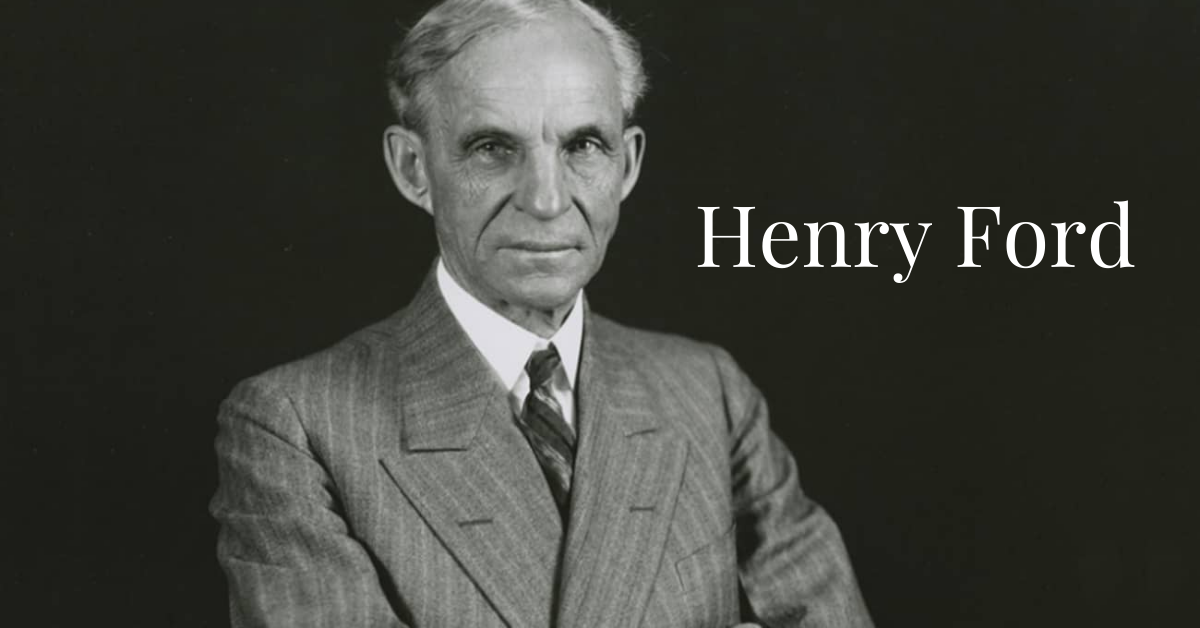 Born on 30 July 1863, Greenfield Township, Michigan, Henry Ford gave Ford Motors, one of the most valuable car manufacturing brands of the world, making one of the richest and recognized business moguls in the world. The story of Ford is filled with ebb and flow. It was not easy for him to achieve the feat which would continue his legacy even today, making him a very celebrated business magnet globally.

In 1891, when Henry was working for ‘Edison Illuminating Company’ he decided to become an engineer and his great work promoted him to Chief Engineer in 1893. Soon after, around the same time, he started trying his hands on gasoline engines.

When Ford was 35, he designed made a self-propelled motor vehicle and displayed to the public. In the process, he attracted the attention of William H. Murphy, a lumber baron from Detroit.

A year later, in 1899, as a result of the funding, Ford opened a company called Detroit Automobile Company. The good days were numbered for Ford and his aspiration and in 1901; the company was shut down due to the inaccuracy to pay back the loan and the poor design of the vehicle that produced undesirable results. It was a stealthy blow to Ford and his aspirations.

But Ford being Ford, he never called it quits. He had a 100% trust in his vision and abilities. He negotiated with one of his partners and placated him to give him another chance. Finally, with great pressure from all around, it was finalized that Ford will resume his work. Soon after, the disagreements became bigger and the venture flopped, leaving Ford again nowhere to go and he was again at the starting point.

When Ford turned 40, he decided to give one final shit before calling it the end of his dreams. It wasn’t easy for him to start a company after two separate failures that had their toll on him mentally and emotionally. Finally, he incorporated Ford Motor Company and even found a backer, Malcolmson, a Scottish immigrant, on the terms that he will never meddle in the business and let him handle the reigns. The backer agreed to the terms and trusted Ford’s vision.

Afterwards what happened has become a success story that is read by all MBAs and wannabe entrepreneur. Ford Motors has become synonymous with the automobile sector. Ford was the first person who designed a car that any kind of family can afford. It was his efforts that the economy of the US soared with cars everywhere and a great amount of cash flowing in the marker, thus resulting to a great number of opportunities for other businesses to exist and thrive.